A budget travel blog for travelers on a budget!

Go to Africa and enjoy these African tourism sites!

Have you been at a loss of where to spend your next vacation? Or seeking out new adventure in life?, knowledge? or just looking to expand your horizon?. Let me tell you a bit about why your next journey should be to Africa. Yes it’s time to go to Africa!

Regardless of how many times you must have been to Africa, there are a thousand reasons why you should visit again

Africa is  the cradle of humanity, the birth place of life, (although this has been subject to controversy recently) it is the second largest continent on earth with a total size roughly 11.7 square miles,making up about a fifth of the earths land mass. Africa plays host to over a billion people, spread across 54 countries also making it the second most populated continent on the planet. With a vast array of cultures, traditions, languages and religions.

These facts are probably enough to make any traveller’s radar go off wildly and we haven’t even started, read on to see some really cogent reasons why you should be packing your bags and heading straight for Africa…. Lol, or at least plan to, before you exit planet earth.

Africa is the least industrialized continent on earth, this to a large extent has preserved its natural state.
Africa boasts some of the grandest works of nature, a myriad of unsurpassed natural wonders, dramatic coastline,amazing wildlife and unique architecture. Africa has something to wow! anyone and everyone ranging from the bone dry Sahara desert, to the Kilimanjaro, the iconic urban skylines in south Africa, the pyramids of Giza, the Maasai mara, phewww! and that’s to name of few, Africa is the stuff of legends.
Would be a real shame not to see your self eh???

An area of preserved Savannah wilderness in south-western Kenya,along the Tanzanian border which plays host to amazing and exotic wildlife like zebras, lions,elephants, hippos, cheetahs,wildebeest, basically nature at its finest.

The Sahara which is the largest hot desert, and the third largest desert in the world, it is so large that it spans about 11 countries. With beautiful iconic sand dunes and unimaginable scenery.. sure sounds like a must see to me..

The Kilimanjaro and so many great rocks

The 8 great rivers of Africa

Great legendary rivers abound in Africa from the Nile, to the river Niger, river Congo, river Senegal, river orange, river Limpopo, and river Zambezi. You can bet the legends, ballads and folk lures about them are endless.

The pyramids of Egypt

one of the man-made wonders of the world.The pyramids which served as monumental burial sites where ancient kings and pharaohs were buried. There are about 140 pyramids in total although the oldest and most iconic are the pyramids of Giza.

it is largely regarded as one of the most spectacular naturally occurring events on the planet. You don’t have to be an animal lover to marvel at such a grand spectacle..

Travel through Africa and have some memorable experiences

 Africa is home to hundreds of different cultural and ethnic groups. This diversity is also reflected in the many local culinary traditions in terms of choice of ingredients, style of preparation and cooking.

African cuisine is top-notch, and quite unique, the cooking skills of Africans are unrivaled, you can be sure to taste a wide variety of wonderful meals previously unknown to you. Here are a few mentions

And so much more.
Best of all, travel and accommodation is relatively cheap and you would find that Africans are some of the most friendly, hospitable and accommodating people on earth.

Although this is by no means an exhaustive list(it could go on forever)I am certain it is sufficient to whet your travel appetite. I hope you choose Africa as your next travel destination.

Hi there! I'm ravenn, I love to travel...here I share amazing tips on how you can travel on a budget and in style.

5 Honeymoon Destinations On A Budget

5 Most beautiful beaches in the world that are budget friendly

10 Must-See places in the world For Budget Travelers 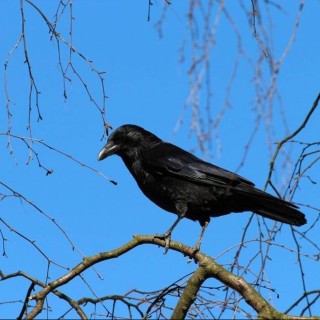 Hi there! My name is ravenn. I love to travel. In this blog I share my travel dreams, hope and experiences. Stay with me!